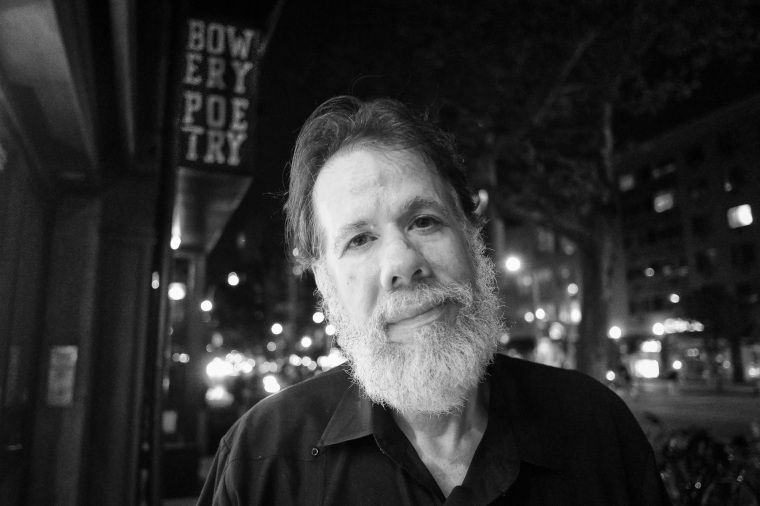 Poet Martin Espada’s work draws from his biography as a Puerto Rican American, as well as the communities he’s devoted his life to. A previous Pulitzer Prize finalist and vigorous activist, Espada teaches creative writing at the University of Massachusetts in Amherst and continues to mix activism and advocacy with his poetry, raising awareness, fighting for justice and telling the stories of the Latino community.

Born and raised in a tough, multi-cultural neighborhood in Brooklyn, the Linden Project, during the late ’50s and ’60s, it was the Espada family’s move to Valley Stream, Long Island that proved to be the real struggle, as well as the site of the turning point in Espada’s life, when he discovered his calling. The working class white suburb was the endpoint for much of white flight out of New York City at the time, and racism was a daily reality for Espada.

“There’s a poem that I wrote called ‘Beloved Spic’ which incorporates all of this,” Espada said. “I do believe I heard that word more often than I heard my own name in those days, and spray painted on my locker and even once, perversely, it turned up in the icing on a cake that was presented. It was a very creative racism.”

And it was getting worse as black families began to move in. Espada remembers crosses being burned on those family’s lawns, a sign of the intensity of the racism in the town.

It was a high school teacher, Mr. Vallecca, who gave Espada the tool to change his life. One day, he plopped a New Yorker magazine in front of the “young thugs” in the class and told them the assignment was to reproduce their own copy of the magazine. Espada, the last one in line, was disappointed to discover all that was left for him to do was to contribute a poem. He immediately balked, but soon put forth the effort.

“I sat down by the window, it was raining that day, and I wrote a poem about rain,” said Espada. “I don’t have it anymore, I didn’t know it would be historic, but I found out something that day. I found out that I loved words. And I still remember one line from that poem. ‘Tiny silver hammers pounding the earth’ to describe rain. I had just created my first metaphor. I didn’t know what a metaphor was.”

This created a compulsion in Espada to continue writing. He kept it to himself at first, then shared with friends. His mother discovered his poems while rifling through his room, and Espada came home to find her crying on his bed. Espada continued writing into adulthood, though his official career path was much different.

Espada followed with a career in the law that focused on advocacy of immigrants and refugees, and later, tenant law aimed at the Latino communities of Chelsea, Ma. All the while, he wrote poetry, publishing his first book before he went to law school and his second after he finished. His third, Rebellion is the Circle of a Lover’s Hands, finally brought attention to his work, and saw him becoming known as a “poet-lawyer.”

“In both cases, as poet and as lawyer, I was acting as an advocate,” said Espada. “I was speaking on behalf of others that had no opportunity to be heard.”

“My father’s images hung on the walls from earliest memory,” said Espada. “You might even say that they hung on the walls of my imagination. I’d say they had an influence in two ways. One was artistically, simply my sense of what an image should be, and of course, I rely on quite a bit of visual imagery in my poetry, imagery of all kinds relating to all five senses. But also he provided an example in terms of purpose. He provided an example in terms of what I should do with my words, what I should do with my poetry, what was my purpose, what was the principle I work.”

With the election of Trump, Espada has found himself continuing his activism with other poets, with the understanding that they’re just doing what they have always done in the face of oppression. But it’s the latest call for Espada’s words to function as vehicles for political action, which he sees as part of a poet’s natural duty, like a torch in the darkness.